In the late 1960’s, as the senior population of Marietta and its need for senior activities and services grew, a group that called itself “The Golden Age Club” (eventually called “The Marietta Club”) began meeting regularly for social activities. At first the group met at several different sites without formal ties. As its membership increased, the group outgrew these facilities and asked the city government to provide space for meetings and special events. The city offered three rooms in the basement of the city building and most of the group’s activities, largely social in nature, centered there. This was the only identifiable senior group in Marietta itself, although groups had organized in other parts of Washington County. 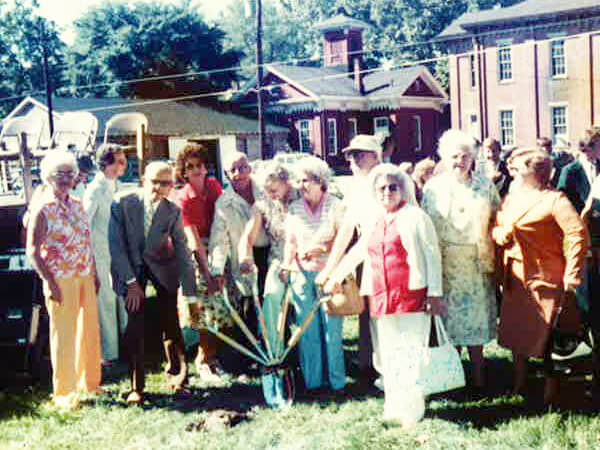 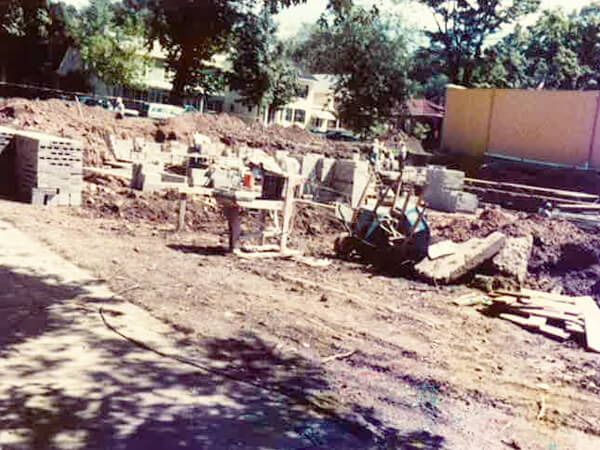 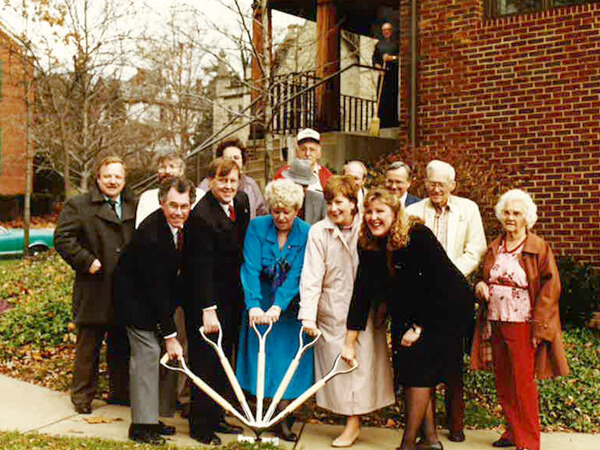 As interest in seniors and their needs came into focus, agencies were created on both the state and national levels.

In 1974 the City of Marietta began Sen-I-Tran (Senior Information and Transportation) as an information, referral, and transportation agency. Already involved in providing increasing services to seniors, the city took advantage of available grants and purchased land at the corner of Fourth and Scammel Streets to build a facility to serve the county’s senior residents.

Ground breaking for the center took place in August of 1980 and the C. William O’Neill Senior Center was dedicated in July of 1981. The funds for the construction of the Senior Center came from Community Development Block Grant, Ohio State Law – a special grant fund for the building or renovation of multipurpose senior centers called HB 1084, and Title III of the Older American’s Act.

A place to call home

The Center began operation in 1981 under the direction of the City Recreation Department. Staffed by two employees the center offered information & referral, supportive services, education, health assessments, and limited in-home and transportation programs.

Also housed within the facility were two complimentary agencies – Retired Senior Volunteer Program (RSVP) and a senior meals program operated by the Community Action Agency. The “Marietta Club” used the new facility as their meeting place, but was not involved in its general operation. Although operated by the City of Marietta, by law, the Center served the entire county. After several years of operation it was decided that an independent non-profit group might better operate the Center.

In 1986 a private, non-profit corporation was formed and became recognized by the Internal Revenue Service as a charitable organization. A fifteen-member board of trustees was selected from citizens throughout the county and the non-profit began operating the Center in 1986 as “O’Neill Senior Center, Inc.” Since that time, the O’Neill board of trustees has leased the building from the City of Marietta and subleased space to the two other independent agencies.

Many new funding opportunities were available to the new O’Neill Senior Center, Inc. Public bingo which began in February 1987 proved to be tremendously successful in the early years and allowed the organization to expand its services, add staff, and maintain and improve the facility.

In 1989 a grant (HB 1084) was awarded for construction of an addition to the senior center to operate an adult day services program. O’Neill conducted a capital campaign and was successful in securing resources to furnish the newly constructed addition. The Adult Day Center began operating in January 1991 and has become a highly regarded and much used service.

With revenues from traditional sources steadily declining and needs increasing, in 2001 the O’Neill Center approached the County Commission about placing a senior levy on the ballot. O’Neill worked with a citizen’s committee for the successful passage of the levy which has allowed the O’Neill Senior Center to develop new services such as prescription assistance and to continue and enhance its many other services.

The organization is named after C. William O’Neill. O’Neill was the only person in the history of our great State to hold the highest office in all three levels of government. A native to Marietta, and alum of Marietta College, he entered The Ohio State University Law School and graduated in 1942 when he joined his father’s law practice in Marietta.

O’Neill was elected to the Ohio House of Representatives and was Speaker of the House 1947 and 1948. In 1950, he became the youngest person ever elected as Ohio’s Attorney General. He later was elected as Governor of Ohio and took office in 1957. You can find additional details here.

As a nationally accredited senior center through the National Institute of Senior Centers, the O’Neill Senior Center has developed into a dynamic focal point for Washington County residents aged 60 and over. For more than 30 years, the O’Neill Center has served thousands of older adults providing many vitally important services and life enrichment activities. We also partner with the City of Belpre for management of the Belpre Senior Center, which is an extension of the offerings at the Marietta location, offering programming close to home for residents in the Western end of Washington County.

Here’s our most recent Annual Report.